Better late than never, below is an accidentally-forgotten-to-be-published writeup from last month’s World Deadlift Championships.

11 July saw the return of the Europe’s Strongest Man competition and, with it, the World Deadlift Championships.

The World Deadlift Championships aimed to find the very best deadlifter (strongman rules – hitch and straps allowed) in the world. Competitors were invited from Strongman and Powerlifting and, with a change to the previous year, wildcard entries were allowed on the back of youtube demonstrations of their deadlift prowess!

Unfortunately by the time the competition came around Big Z, Shaw and Magnusson had withdrawn (Shaw to get married and Magnusson for an injury. We’re not sure what Z’s excuse was!). Even American youtube sensation George Leeman had to pull out after a series of unfortunate events with his passport and delayed flights.

Nevertheless, the competition did still have Eddie Hall – the current Strongman deadlift world record holder – and a number of other rather large and very strong men!

The World Deadlift Championships doubled up as a standalone competition and the first event of Europe’s Strongest Man. The eventual line-up looked like this:

The deadlift opened on 360kg. To cut a heavy story short, the results were as follows: 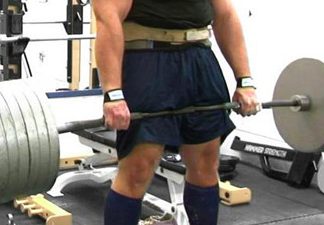 10th June 2013
0
Terry recently confirmed he was going for another shot at the World's Strongest Man title this year, much to the joy of his army... 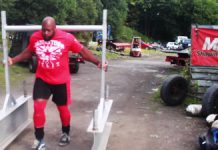 Mark Felix – down the yard 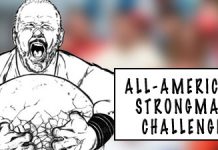 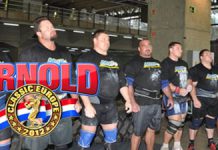