Not long to wait now, folks! 1 March 2014 shall see the return of the Arnold Strongman Classic. This disgustingly heavy event is considered by many to be the truest test of strength – rather than the World’s Strongest Man contest that requires speed and athleticism (and strength too, of course) to prevail.

Despite the different nature of the events you’ll likely still see the same, familiar faces vying for the top spots. This year’s competitor list is as follows:

Max deadlift – we imagine this’ll be on tyres, it usually is.

The Austrian Oak (log press) – floor to overhead for maximum repetitions. The athletes will have the choice between a heavier log, weighing 200kg/441lb,  or a lighter log, weighing 172 kg/379 lb. Presumably one rep on the heavy log will beat any number of the lighter.

Cyr Dumbbell – floor to overhead for maximum repetitions with a 124.5kg/273.25 lb dumbbell.

Timber Carry (frame carry) – previously this has been up a slope, it probably will be again?

The Growing Yoke – 550kg/1344lb to be carried approximately 3 m/10ft without being dropped. If successful, the weight of the yoke will be increased by at least 100kg/220lb. Rinse and repeat until the last man standing.

Traditionally, it would have been hard to look past Big Z for a competition like this. But with Shaw recently beating Z in a max deadlift event it’s all up for grabs. We wouldn’t be suprised if Lalas squeezed through and grabbed the title with his consistency across the events. Then there’s Burke too – he has a chance. Really, we have no idea whose going to win – it’ll be a pretty exciting competition!

Click here to see the results from the ASC 2014. 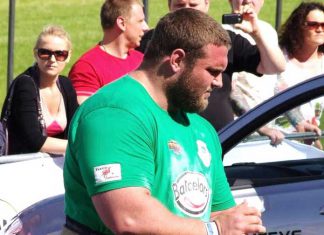 22nd September 2012
0
The video below is is one of many productions from Martin Cee, aka The Voice of Strongman ("VoS"). The video itself is an interesting... 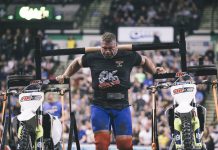 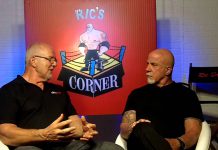 An interview with Odd Haugen 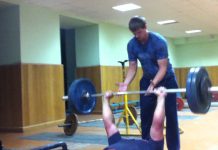 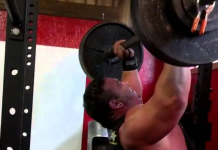