British strongman Mark Felix has posted up his new approach to strongman training on youtube (see below).

Following an injury in 2012 that led to Mark not qualifying for the World’s Strongest Man, it seems the strongman has adopted a more cardio-intensive workout to aid his recovery.

As you’ll see in the video, Felix does the following routine almost continuously in just less than 12 minutes:

It looks like a pretty decent conditioning session to us. However, fellow British strongman Terry Hollands made a comment on an online forum, stating:

Strongman events are anaerobic, training for long periods makes it an aerobic exercise. IMO it’s better to work at 60 secs at maximum effort rather than 3-4mins at 70%

What are your thoughts? Is this kind of prolonged event-based conditioning a worthwhile addition to Strongman training? 2nd February 2018
0
About Named after Fingal, a mythical hunter-warrior, the event requires athletes to lift and flip a number of steal poles. The poles begin on the... 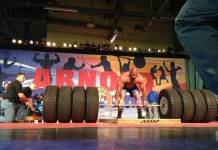 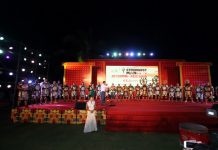 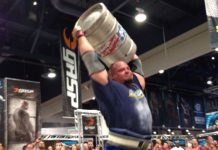 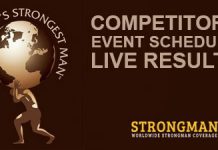